A Terrifying Way to Discipline Children

A Terrifying Way to Discipline Children

IN my public school 40 years ago, teachers didn’t lay their hands on students for bad behavior. They sent them to the principal’s office. But in today’s often overcrowded and underfunded schools, where one in eight students receive help for special learning needs, the use of physical restraints and seclusion rooms has become a common way to maintain order.

It’s a dangerous development, as I know from my daughter’s experience. At the age of 5, she was kept in a seclusion room for up to an hour at a time over the course of three months, until we discovered what was happening. The trauma was severe.

According to national Department of Education data, most of the nearly 40,000 students who were restrained or isolated in seclusion rooms during the 2009-10 school year had learning, behavioral, physical or developmental needs, even though students with those issues represented just 12 percent of the student population. African-American and Hispanic students were also disproportionately isolated or restrained.

Joseph Ryan, an expert on the use of restraints who teaches at Clemson University, told me that the practice of isolating and restraining problematic children originated in schools for children with special needs. It migrated to public schools in the 1970s as federal laws mainstreamed special education students, but without the necessary oversight or staff training. “It’s a quick way to respond but it’s not effective in changing behaviors,” he said.

State laws on disciplining students vary widely, and there are no federal laws restricting these practices, although earlier this year Education Secretary Arne Duncan wrote, in a federal guide for schools, that there was “no evidence that using restraint or seclusion is effective.” He recommended evidence-based behavioral interventions and de-escalation techniques instead.

The use of restraints and seclusion has become far more routine than it should be. “They’re the last resort too often being used as the first resort,” said Jessica Butler, a lawyer in Washington who has written about seclusion in public schools.

Among the recent instances that have attracted attention: Children in Middletown, Conn., told their parents that there was a “scream room” in their school where they could hear other children who had been locked away; last December, Sandra Baker of Harrodsburg, Ky., found her fourth-grade son, Christopher, who had misbehaved, stuffed inside a duffel bag, its drawstrings pulled tight, and left outside his classroom. He was “thrown in the hall like trash,” she told me. And in April, Corey Foster, a 16-year-old with learning disabilities, died on a school basketball court in Yonkers, N.Y., as four staff members restrained him following a confrontation during a game. The medical examiner ruled early last month that the death was from cardiac arrest resulting from the student’s having an enlarged heart, and no charges were filed.

I saw firsthand the impact of these practices six years ago when my daughter, Rose, started kindergarten in Lexington, Mass. Rose had speech and language delays. Although she sometimes became overwhelmed more quickly than other children, she was called “a model of age-appropriate behavior” by her preschool. One evaluation said Rose was “happy, loves school, is social.” She could, however, “get fidgety and restless when she is unsure as to what is expected of her. When comfortable, Rose is a very participatory and appropriate class member with a great deal to contribute to her world.”

Once in kindergarten, Rose began throwing violent tantrums at home. She repeatedly watched a scene from the film “Finding Nemo” in which a shark batters its way into a tiny room, attempting to eat the main characters. The school provided no explanation or solution. Finally, on Jan. 6, 2006, a school aide called saying that Rose had taken off her clothes. We needed to come get her.

At school, her mother and I found Rose standing alone on the cement floor of a basement mop closet, illuminated by a single light bulb. There was nothing in the closet for a child — no chair, no books, no crayons, nothing but our daughter standing naked in a pool of urine, looking frightened as she tried to cover herself with her hands. On the floor lay her favorite purple-striped Hanna Andersson outfit and panties.

Rose got dressed and we removed her from the school. We later learned that Rose had been locked in the closet five times that morning. She said that during the last confinement, she needed to use the restroom but didn’t want to wet her outfit. So she disrobed. Rather than help her, the school called us and then covered the narrow door’s small window with a file folder, on which someone had written “Don’t touch!”

We were told that Rose had been in the closet almost daily for three months, for up to an hour at a time. At first, it was for behavior issues, but later for not following directions. Once in the closet, Rose would pound on the door, or scream for help, staff members said, and once her hand was slammed in the doorjamb while being locked inside.

At the time, I notified the Lexington Public Schools, the Massachusetts Department of Children and Families and the Department of Mental Health about Rose and other children in her class whom school staff members indicated had been secluded. If any of these agencies conducted a formal investigation, I was not made aware of it.

Rose still has nightmares and other symptoms of severe stress. We brought an action against the Lexington Public Schools, which we settled when the school system agreed to pay for the treatment Rose needed to recover from this trauma.

The physical and psychological injuries to children as a consequence of this disciplinary system is an issue that has found its way to Congress. Legislation to ban these practices has been introduced in the House and the Senate, but no vote is expected this year.

Meanwhile, Rose is back in public school and has found it within her to forgive those involved in her case. “They weren’t bad people,” she told me. “They just didn’t know about working with children.”

Bill Lichtenstein is an investigative journalist and filmmaker.

An opinion essay on Sept. 9 criticizing the use of seclusion and restraint to discipline students described an episode on Jan. 6, 2006, in which the writer’s daughter, then a kindergartner, was kept in an isolation room at her school in Lexington, Mass. Several details of that episode have since been disputed.

The girl wet herself while being confined in a closet for misbehaving. But school officials, and a 2008 deposition by the girl’s mother, state that she was then cleaned up and dressed while her parents were notified — and that it was not the case that the parents found her standing alone, unclothed, in her urine.

The article incorrectly described the closet where the girl was confined. It was on a mezzanine between two classroom levels, not in the basement.

While the girl’s parents sued the Lexington school district in 2007, and obtained a settlement in 2008, the writer did not notify two Massachusetts state agencies — the Department of Children and Families and the Department of Mental Health — “at the time” of the episode, according to state records.

The girl’s parents divorced in 2007. If The Times had known before the article was published that the writer’s ex-wife was now the girl’s custodial parent, it would have contacted her.

Shared from Read It Later

PROTECTED UNDER THE USPTO AND DMCA

The Powers That Beat 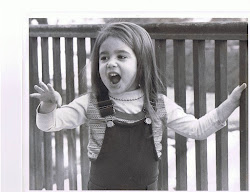 Jaded traded, shaded by the home. We live, we learn, go stealth and evade IT. ELyssa Durant © 2020